Back to Emeritus Members 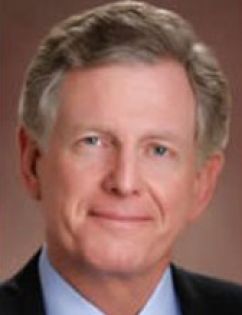 Wayne retired 2002, as President, SBC Southwestern Bell (now AT&T). During his 32-year career he held a variety of executive positions in network operations, sales, marketing, and international operations with various SBC subsidiaries. Immediately, prior to his position as Southwestern Bell president, Wayne led SBC's wireless CATV, long distance, and local telephony operations in Chile and the Asia Pacific from 1995 through 1999. Wayne received a B.S. in Mechanical Engineering and an M.S. in Engineering Management from the University of Missouri at Rolla. Wayne has served on numerous boards in the 9 cities he and his wife Barbara called home during and after his SBC/ATT career. He currently is involved as a trustee of his alma mater, the Missouri University of Science and Technology as well as being on the boards of Southwest Research Institute, Port San Antonio, the LiftFund, San Antonio Medical Foundation, and the University of Texas McDonald Observatory. Wayne and his wife, Barbara, have two sons (one in Chicago and one in San Francisco).