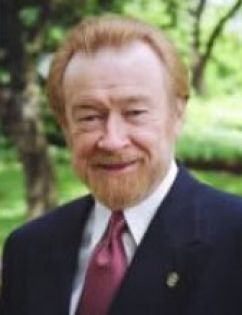 Tom has been advising company Presidents, Chief Executive Officers, and Corporate Boards since becoming Assistant to the President of the Missouri, Kansas & Texas (Katy) Railroad, immediately following his graduation from St. Mary's University. This followed four years of working as a switchman for the Katy while an undergraduate. Tom went on to serve in a similar capacity in the Chairman's Office of the Pennsylvania (later Penn Central) Railroad. After being awarded the Strathcona-Mt. Royal Fellowship in Transportation, the Penn Central supported Tom while he attended the Yale University Graduate School Masters Degree program. Subsequently, he also earned an MBA from the Harvard Business School while serving in an advisory capacity to United Fruit Company. Depending upon circumstances and corporate needs at the time, Tom moved back and forth between advisory and operating positions throughout his career.

In his latest CEO assignment and endeavor, Tom is serving as the Chairman and CEO of CredibilitySharing, LLC, providing professional, confidential, sophisticated, experienced-based and objective decision-making thinking to select owners, executives, and those in the professions.

Tom is currently Chairman of the City of San Antonio's (COSA) Downtown Advisory Board. He is a Member of the COSA “Destination SA” Oversight Committee; of the COSA “The Cultural Collaborative” Implementation Committee; the VIA Metropolitan Transit Downtown Circulator Study; and, the San Antonio River Oversight Committee. These most recent appointments follow a long history of diverse contributions in a wide range of business, industry trade, community, alumni, service and non-profit organizations. Tom and Arleen have four married daughters, two living in San Antonio and two living in Houston.