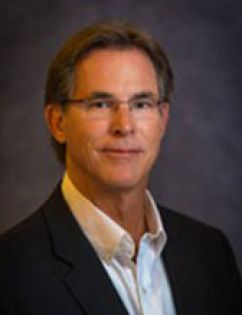 Scott Smith is President and Founder of EnSquared Consulting. He has over thirty years of management experience in environmental planning and compliance, including working for thirty-two years at CPS Energy, the largest municipally owned energy company in the nation providing both gas and electricity.

In 1979, Scott Smith joined CPS as an environmental analyst and quickly progressed through the department, rising to Director of the Environmental Planning and Compliance Department in 2005, the position he held upon retiring in March of 2011.Highlights of accomplishments at CPS include managing the development of CPS’ electric transmission line siting and routing process, co-chairing the CPS Strategic Energy Planning Committee, co-founding the CPS Solar Energy Committee, and founding and chairing the CPS Energy Sustainability Council. In 2009, the San Antonio Business Journal awarded him the Going Green Award for Leadership in the Public Sector.

In addition to his leadership at CPS, Mr. Smith served a variety of community and industry councils, committees, and boards, including:

He is a long time resident of the King William neighborhood, and his hobbies include biking, home remodeling, fishing, and traveling.