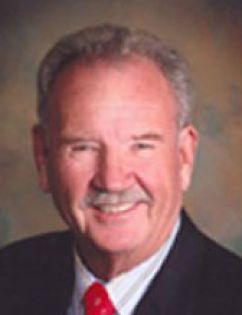 Phil Hardberger served as Mayor of San Antonio from 2005-2009, before he was term limited out of office. During Phil's tenure as San Antonio Mayor, he carried an approval rating of 86 percent and captured 77 percent of the vote during his re-election. While he was Mayor, he was responsible for extending the San Antonio River Walk from 2 to 4 miles on the Museum Reach and beginning the work on the 8 mile stretch of the Mission Reach. Working with San Antonio businessman Bill Greehey he opened a transformational facility for the homeless called Haven For Hope that became a national model. He celebrated the opening of Toyota's assembly plant in San Antonio, and was one of the first Mayors to provide assistance to the victims of Katrina. In recognition of his leadership and foresight in championing quality of life projects, the City of San Antonio changed the name of Voelcker Farm to Phil Hardberger Park, a 311-acre nature and fitness-oriented park that includes hiking trails, dog parks, picnic areas, basketball courts, multi-use fields and a savannah restoration project. As he left office, he led a successful referendum to extend term limits from 4 to 8 years, while excluding himself from the expansion. Prior to serving as mayor, he was elected to the Fourth Court of Appeals where he served as Associate Justice and Chief Justice. Phil is now a shareholder at Cox Smith, where he provides counsel to the firm's Litigation and Appellate practices. In addition to his legal practice, he is actively involved in external affairs and community relations.