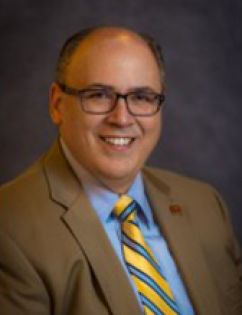 Mr. Eddie Aldrete has been Senior Vice President of International Bank Of Commerce since November 2005. Mr. Aldrete has more than 20 years experience in strategic communications, media relations and political, governmental and public affairs. He is based in San Antonio, although the focus of his work will be corporate-wide. His primary task will be to promote infrastructure development and economic growth in the communities that IBC Bank serves. However, he will also monitor legislation that affects bank regulatory issues and international trade, such as free-trade agreements NAFTA and CAFTA. He also be the bank's chief mouthpiece related to the implementation of US-VISIT, the Department of Homeland Security's program that proponents say protects the United States' borders by screening out potential terrorists. Prior to joining IBC, he was a Managing Director of Public Strategies Inc. He also headed up his own firms, Aldrete Communications and Aldrete & Terrell, and advised clients on legislative, regulatory and community issues. He also was involved in the 1996 campaign to build the Tampa Bay Buccaneers' new stadium, the 1999 Saddles & Spurs campaign to build the SBC Center in San Antonio, and the 2003 campaign to build a light rail system in Houston. He also served as Director of Congressional Hispanic Caucus Institute. He serves as a Member of Advisory Council at Congressional Hispanic Caucus Institute.