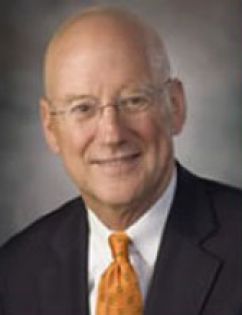 William L. Henrich, M.D., M.A.C.P., is President of The University of Texas Health Science Center at San Antonio. Dr. Henrich, a specialist in kidney diseases with expertise in dialysis therapy, blood pressure regulation and effects of atherosclerosis on kidney function, was named to the presidency in June 2009. From 2006 to 2009, he was Dean of the School of Medicine and Vice President for Medical Affairs at the Health Science Center. A graduate of Baylor College of Medicine and author of more than 380 scientific publications, Dr. Henrich was recruited to San Antonio from the University of Maryland School of Medicine, where he chaired the medicine department and held an endowed chair. He previously enjoyed a distinguished tenure as a faculty physician at the UT Southwestern Medical Center in Dallas. Among his numerous honors, he served as President of the prestigious American Society of Nephrology in 2006-2007, and his stellar career achievements resulted in selection as a Master of the American College of Physicians (M.A.C.P.). He remains clinically active, serving as an attending physician on the renal consult service at University Hospital and the Audie L. Murphy Division of the South Texas Veterans Health Care System and is active in kidney research sponsored by the National Institutes of Health. As President of the Health Science Center, he oversees a $750 million budget, 6,000 employees, and activities such as the recent construction of the $106 million Medical Arts and Research Center, a state-of-the-art ambulatory care center that was opened in 2009 in the South Texas Medical Center, and the $150 million South Texas Research Facility that opened in 2011.